The Society of Motion Picture and Television Engineer’s interactive and immersive remote technical conference experience, SMPTE 2020: Game On scheduled for November 10-12, will feature keynote presentations by eight industry leaders whose research, innovation, and application of new technologies and techniques are shaping the future of media and entertainment. 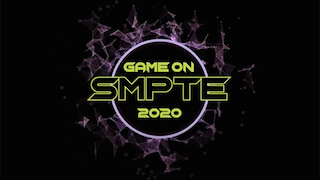 "The format of this year's SMPTE conference gives us the ability to showcase more of the remarkable people whose work defines storytelling in the modern era," said Joel Welch, director of education at SMPTE. "We are thrilled to be able to highlight their work and achievements — and to give SMPTE 2020 attendees the opportunity to learn from and engage with such notable industry leaders."

The SMPTE 2020: Game On keynote presenters are:

Anandkumar is a Bren Professor at Caltech, director of machine learning research at NVIDIA, and previously served as a principal scientist at Amazon Web Services. She has earned honors such as the Alfred P. Sloan Fellowship, NSF Career Award, DoD Young Investigator Award, and faculty fellowships from Microsoft, Google, Facebook, and Adobe. She is passionate about designing principled AI algorithms and applying them in interdisciplinary applications, and her current research focus is on unsupervised AI, optimization, and tensor methods.

Munson is co-founder and CEO of Eluvio, which offers a global platform service for low-latency, high-quality content distribution, monetization, and asset servicing, just in time. She earned the 2019 SMPTE David Sarnoff Medal and numerous other technology awards. While at Aspera, which she founded in 2004 and led until 2017, Munson created the Emmy Award-winning FASP transport technology used in the digital media supply chain for high-speed, low-cost, secure digital content transport. She holds several patents and is an expert on content networking, machine learning, block chain, and cloud infrastructure — and a SMPTE Fellow.

Basse is chief technology officer for Microsoft's Azure Media & Entertainment and previously served as CTO for 20th Century Fox Film Corp. and as senior video president of broadcast systems engineering at DirecTV. As a SMPTE Fellow, he holds 28 patents and has overseen groundbreaking technical advances ranging from the rollout of HD, HDR, and UHD to initiatives driving virtual/augmented reality, immersive audio, and content protection. His current focus is on content production and postproduction workflows for studios and their surrounding ecosystems. 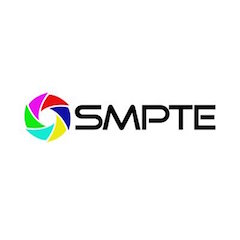 Debevec is a senior staff scientist in Google Research and an adjunct research professor at USC. His research in HDR imaging, image-based lighting, and photoreal digital actors has been recognized with two technical Academy Awards and SMPTE's 2017 Progress Medal. In the early 2000s, he originated the technique of surrounding actors with LED displays to create on-set, image-based lighting for virtual production. Techniques from his work have been used to create key visual effects sequences in "The Matrix," "Spider-Man 2," "The Curious Case of Benjamin Button," "Avatar," "Gravity," Furious 7," and "Gemini Man," and to create a 3D portrait of U.S. President Barack Obama.

Gross is the vice president of research at Walt Disney Studios, director at DisneyResearch|Studios, and a professor of computer science and head of the Computer Graphics Laboratory at ETH Zurich. He earlier served as director of the Institute of Computational Sciences at ETH. His research interests include physically based modeling, computer animation, immersive displays, and video technology. Gross has co-founded more than 10 tech startups and has earned two technical achievement awards from the Academy of Motion Picture Arts and Sciences.

Sansavera is the director of post-production at 1UP Studios. A graduate of Columbia Chicago with a degree in television production, he has produced and edited video professionally for the past 15 years. By day, he is the content director for Team Liquid, one of the largest esports organizations in the world. By night, he teaches the masses on his YouTube channel, "Learn How to Edit Stuff," which is over 220,000 subscribers strong.

Throughout the three-day SMPTE 2020 conference experience, attendees can join these and other live technical presentations as well as practical hands-on training, partner programming, product and technology demonstrations, moderated roundtable discussions, and virtual panels, with continual access to a host of on-demand content. This year's event also will feature one full day focused on the convergence of esports/gaming and media technology and the unique requirements of the thriving esports industry.

The full SMPTE 2020 program is available at 2020.smpte.org/home/program.

The Society is offering a $10 student rate and reduced rate for educators along with other special pricing discounts intended to ensure interested students and professionals worldwide have the means to attend and connect with their peers. SMPTE members interested in subsidizing attendance can do so through the new Pay It Forward package.