Smokey and the Bandit Returning to the Big Screen

Fathom Events, Turner Classic Movies and Universal Pictures are bringing the classic Seventies film Smokey and the Bandit back to the big screen in select theatres on May 29, June 1 and June 2 only. 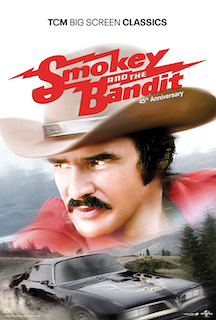 Soon, they all find themselves pursued by Sheriff Buford T. Justice (Gleason).

The crew are in high gear and hot water after the cross-country road challenge results in one of the wildest series of car chases and crashes ever filmed.