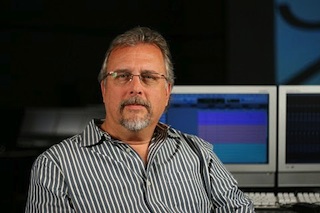 Lievsay, who won the 2014 Academy Award for Best Sound Mixing for his work on Gravity (with Niv Adiri, Christopher Benstead and Chris Munro), has contributed to nearly 150 films over the course of a career spanning more than 30 years. He has been a frequent collaborator of directors Joel and Ethan Coen, as well as Martin Scorsese, Spike Lee, John Sayles and many others. Lievsay will receive the award at the 2015 MPSE Golden Reel Awards ceremony, February 15, 2015 in Los Angeles.

“Skip represents the pinnacle in artistry in motion picture sound,” said MPSE president Frank Morrone. “He has worked tirelessly to invent new and creative ways to use sound to advance directors’ visions, to tell stories and to entertain audiences. The MPSE takes great pride in recognizing the work of a sound artist who has been an outstanding practitioner of our craft and remains at the top of his game.”

Lievsay said that he is humbled to join the ranks of legendary sound artists who have won the MPSE Career Achievement Award. “It is an exciting and great honor to be recognized by my peers in the MPSE,” Lievsay observed. “I accept it graciously although I hope I still have a few more mountains to climb.”

The Career Achievement Award recognizes sound artists who have distinguished themselves by meritorious works as both an individual and fellow contributor to the art of sound for feature film and television, and for setting an example of excellence for others to follow. Lievsay joins a distinguished list of sound pioneers, including 2014 Career Achievement Recipient Randy Thom, Larry Singer, Walter Murch and George Watters II.

Lievsay worked briefly as a picture editor before devoting his attention to sound in the late ‘70s. Among his first credits as sound editor came on Blood Simple for then first-time directors Joel and Ethan Coen. That began an ongoing collaboration spanning such films as Barton Fink, The Big Lebowski, Fargo, O Brothers Where Art Thou, No Country for Old Men, True Grit and Inside Llewyn Davis.

He received a total of five Oscar nominations for his work on Inside Llewyn Davis, True Grit and No Country for Old Men. Other career highlights include Noah,Extremely Loud and Incredibly Close,  Casino, Goodfellas, Do the Right Thing, Jungle Fever, Matewan and Miller’s Crossing.

Lievsay won the 2014 BAFTA Award for Best Sound for Gravity and is a 9-time nominee for MPSE Awards, alongside many other awards and nominations. Lievsay is married to picture editor Elizabeth Kling with whom he has collaborated on several projects, including the 1995 film Georgia.