He recently finished work on seasons 1 and 2 of the Duffer Brothers’ Stranger Things on Netflix for executive producer Shawn Levy and is currently on Deadpool 2 for Twentieth Century Fox and director David Leitch. 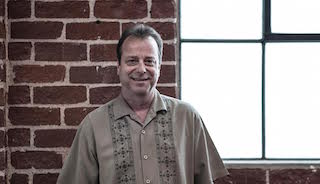 Other recent feature credits for Kimball include Downsizing and Nebraska for Alexander Payne; Logan for Twentieth Century Fox and James Mangold; and the Terminator 2 re-master for James Cameron and Lightstorm.

In making the announcement, William Sherak, president of Deluxe Post Production said, "We are incredibly proud to have Skip on the team. He is an immensely talented artist that top directors, DP’s and producers have come to rely on for his expertise in making their projects look amazing. He’s a perfect fit for our client-first culture."

Kimball credits Sherak with drawing him to EFilm.  The two previously worked together on the re-issue of Titanic in 3D, which Stereo D converted for James Cameron. “William shared his vision for the Deluxe post operations which have worked on some of the top films and shows in the world,” he said, “and it was an opportunity I couldn’t pass up.”

Kimball joins EFilm from Technicolor, where he spent nearly six years as senior colorist. His previous experience also includes more than 15 years at Modern VideoFilm where he worked on dozens of projects including Gone Baby Gone, Tropic Thunder, and James Cameron’s 3D epic Avatar; and Anderson Video where he began his career and first learned his craft on 35mm film.