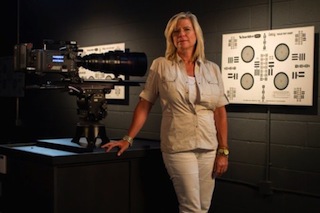 Digital production equipment and post-production services SIM Digital has expanded its presence in Atlanta, moving its operations there into a new, nearly 7000 square-foot, freestanding facility. The new SIM Digital Atlanta houses both the company’s rental operations, which supplies cameras and related equipment to feature and television productions, and its Bling Digital unit, which provides post-production services.

SIM Digital Atlanta has experienced strong growth since it opened in 2008, driven by a rising tide of feature and television production in Georgia and throughout the Southeast. The company recently supplied camera systems to the television series The Vampire Diaries and season one of Revolution, as well as the feature production The Good Lie.  Bling Digital recently provided dailies processing services to the television series Rectify.

The company now offers Bling Digital’s Post On Demand systems, all-in-one solutions that enable productions to carry out a variety of post-production processes in their production offices or near-set environments. Its camera department has additional prep-floor space and now has the capacity to conduct side-by-side camera comparisons.

“We offer everything under one roof,” says Bling Digital Atlanta’s Arthur Ditner. “That’s very appealing to the producers we serve. Many prefer to work with a single-source supplier who can help them make smart choices about technologies, and who has expertise in workflow issues that are a common feature of production today.”