Side by Side Documentary to be Archived on Kodak Film 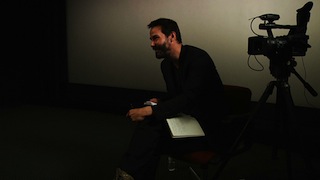 This intermediate post-production step will also provide the producers with a master for making 35mm film prints. The 2254 will then be archived at the Academy Film Archive, which is providing substantial and instrumental support to preserve this culturally significant exploration into the evolution of digital and film formats.

Side by Side recently aired on PBS after a successful run on the 2012 festival circuit, and a limited release in theaters. The Academy is also planning future screenings of the film.

“We took a deep dive into the evolution of filmmaking technology and spoke to hundreds of artists and filmmakers to make this documentary,” said Reeves. “What we took away is that, right now, film is the only archival medium that is truly proven. We'd like Side by Side to be available for future generations, and we think creating film elements is the best way to do that.”

Technicolor New York is providing the transfer services, and the stock will be used as a master for generating a few high-quality release prints for upcoming 35mm film screenings of the documentary. By choosing this post-production path, the producers believe that Side by Side will be preserved for more than a century.

Side by Side investigates the history, process and workflow of both digital and film creation. The movie, directed by Christopher Kenneally, shows what artists and filmmakers have been able to accomplish with both film and digital and how their needs and innovations have helped push filmmaking in new directions. Interviews with directors, cinematographers, colorists, scientists, engineers and artists reveal their experiences and feelings about working with film and digital — where we are now, how we got here and what the future may bring.

“At the end of the day, film is still the most stable and reliable preservation medium,” said Andrew Evenski, president, entertainment & commercial film, Kodak. “Only film offers a standardized, human-readable format that has been in existence for well over a century, and methods for retrieving content from a 35mm frame will exist well into the future. When content is preserved on film, no re-mastering is necessary.”