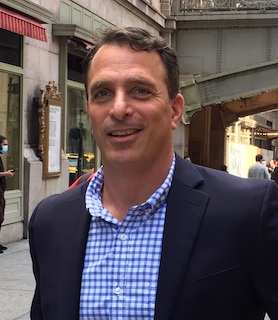 His recent work includes The Family for Netflix and executive producer Alex Gibney, College Behind Bars for WETA, Washington, and executive producer Ken Burns, and Hip Hop: The Songs That Shook America for AMC and producers Ahmir "Questlove" Thompson and Tarik "Black Thought" Trotter. He has also graded advertising campaigns for United Healthcare, Ralph Lauren and other national brands.

“Alex is a gifted artist with deep roots in New York’s independent film and documentary community,” says Goldcrest Post Managing Director Domenic Rom. “He has a rare ability to work on all types of media and across genres and styles. We’re delighted to have him at Goldcrest.”

A freelancer for much of the past decade, Berman has earned high regard for his technical proficiency, problem-solving skills and creative eye. “I pride myself on my versatility,” he observes. “I’ve done features where the cinematographer has taken great care with each lighting setup as well as documentaries shot run and gun at locations around the world. I’ve also worked on fashion ads, like the Ralph Lauren campaign, with beautiful, perfectly shot imagery.”

Berman sees his new role at Goldcrest Post as an opportunity to broaden his connections and join a world-class, full-service post-production team. “I’m very impressed with the talent Domenic has assembled and excited about my future at Goldcrest,” he says.

An East Coast native, Berman began his career at The Post Group, Hollywood, and gained his initial experience in color at Encore, Hollywood. He returned to New York City in 1998 to join The Tape House. His background also includes an extended tenure with the post-production company Prime Focus. Along the way, he’s developed close working relationships with cinematographers including Sean Price Williams, Daniel Vechione and Soopum Sohn.

“I love the storytelling aspect of color, the ability to change the mood of a scene or take it to a new level,” he says. “Each project presents new challenges and needs new ideas.”