Selena Gomez: My Mind and Me to Open AFI Fest 2022

The world premiere of the Apple Original film Selena Gomez: My Mind and Me will open the 36th edition of the American Film Institute AFI Fest on November 2. 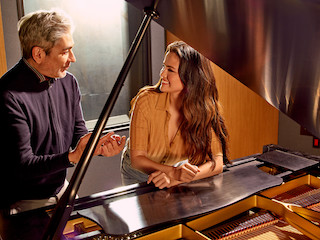 Helmed by Alek Keshishian, who made his groundbreaking directorial debut with the seminal documentary Madonna: Truth or Dare, Selena Gomez: My Mind and Me chronicles Emmy and Grammy nominee Selena Gomez’s journey from the heights of unimaginable superstardom through the lows of a very personal crisis and back again.

“I had no interest in making a traditional pop doc,” sid Keshishian. “I wanted to show something more authentic, and Selena did, too. She has a raw vulnerability that captured me. I had no idea then that it would become a six-year labor of love.”

“AFI is proud to launch AFI Fest 2022 with Selena Gomez: My Mind and Me, a film as profoundly powerful as it is personal,” said Bob Gazzale, AFI president and CEO. “Selena is a global force in art and entertainment, and we are honored to partner with her, Alek and Apple to shine a light upon her journey in this beautifully crafted celebration of optimism, vulnerability and hopefulness.”

The documentary is an Apple Original Film, produced by Interscope Films and Lighthouse Management & Media.

AFI Fest 2022 will take place exclusively in person in Los Angeles from November 2-6.