Screenvision Adding Made in Hollywood to Front + Center Pre-Show

Screenvision Media is partnering with Moviefone, the iconic digital media brand, to feature the company's Made in Hollywood TV series content as part of Screenvision's Front + Center preshow. 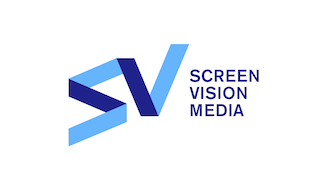 Audiences will enjoy interviews with the biggest names in Hollywood as films debut on the big screen. Conversations with the cast and crew from Sony Pictures Entertainment's Morbius and Marvel Studios' Doctor Strange in the Multiverse of Madness will be among the first segments.

"As moviegoers enthusiastically return to theaters with one of the strongest slates ever, we are constantly seeking one-of-a-kind content to make our preshow even more engaging," said Darryl Schaffer, chief partnership officer, Screenvision Media. "Coming out of the pandemic, our exhibitor partners have shared that audiences are coming to theaters even earlier to more fully immerse themselves in the cinema experience. Moviefone's Made in Hollywood series adds another highly entertaining element to Front + Center."

Moviefone, the former AOL/Verizon legacy brand, was acquired by its CEO Cleveland O'Neal III in 2020 to complement his nationally syndicated TV brand, Made in Hollywood, which is currently in its 17th broadcast season.

In addition to its presence on broadcast TV, web-mobile-social and streaming, Made in Hollywood powered by Moviefone will now appear on Screenvision's full Front + Center network.

"We are excited about working with Screenvision to extend our Emmy-nominated TV series franchise to the big screen while supporting the theatrical experience, great films and talent-driven content," said O'Neal. "Partnering with Screenvision enables us to introduce the newly rebranded Moviefone media assets across broadcast, digital, streaming and theater screens to a new generation of movie fans, while reconnecting with those who love the nostalgic Moviefone brand that is synonymous in pop-culture."