In response to what it says is the shifting intersection of theatrical film distribution and moviegoers’ accelerating trend towards in-home entertainment, new over-the-top company Row8 is launching what it claims will be the most cinematic and highest security digital streaming service – initially focused on exclusive premieres of foreign theatrical titles in the U.S. market. Row8’s goal is to elevate the experience of viewing theatrical features at home, presenting quality filmmaking fresh from theaters to targeted and passionate audiences. 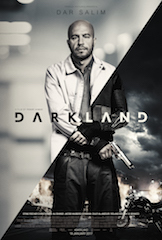 Among the first titles to debut will be The Darkland, a breakout hit in Demark reigning at number one in the box office there for weeks; The End?, a “stylish, creepy and imaginative” Italian horror film and Box 27, an emotional family drama from France, each fresh from their theatrical runs.

Row8 was founded by entrepreneurs and investors George Christoph and Jasmina Christoph. CEO John Calkins who was formerly head of digital distribution at Sony Pictures Home Entertainment is leading it. He will be working with industry advisors including Craig Kornblau, who served as president of Universal Studios Home Entertainment, and Ken Ziffren, co-founding partner of Ziffren Brittenham.

Row8 says its focus is on quality over quantity, curating films that are handpicked for movie lovers by movie lovers.  As consumers approach the ceiling on the number of digital content subscriptions they are willing to carry, and wrestle with the paradox of choice created by the largest film services, Row8’s targeted film offer, available on a transactional video-on-demand basis, will provide both simplified consumer decision making and enhanced economics for filmmakers.

“We are passionate film lovers who understand the challenges that a rapidly changing landscape has created for theatrically released films the world over,” said Calkins. “At the same time, advances in digital marketing and consumer demand for the freshest content are creating opportunities for alternatives to traditional release patterns that Row8 intends to leverage for the benefits of our forward-thinking film distributor partners.”

Martin Moszkowicz, Constantin Film’s CEO said, “We are excited to be among the first to provide films to the Row8 service, and believe the time is right in the market for the consumer to have accelerated access to great theatrical films, without compromising the upside to filmmakers or the risk of being lost in a subscription video-on-demand bundle.”

Row8’s proprietary technology, guided by CTO, David Rondan, exclusively offers filmmakers the flexibility of tailoring their in-home release to any degree of market or even sub-market granularity and will also be the first to provide filmmakers the option to take advantage of the added protection of a session-identifiable watermark.

Row8 will initially be available on web, iOS, Android and Roku, with other platforms to follow.