Rooftop Films is now accepting submissions for films to be screened during its 2022 summer series. The deadline to enter films is February 18. 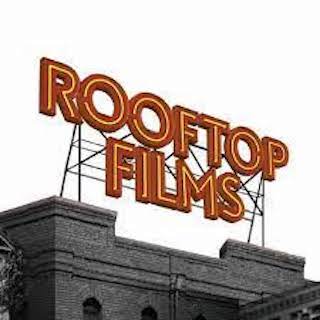 Rooftop says the role of its festival is to help filmmakers bring their work to engaged and enthusiastic audiences. Rooftop Films is committed to helping filmmakers get their films seen and to make it as easy as possible for filmmakers to submit to its festival.

Rooftop Films is committed to providing a venue, an audience, and a community for the wide array of short and feature length films that are under-served by conventional commercial distributors, industry festivals, art galleries, and repertory theaters.

“We want films that tell us about where and how you live,” its organizers say. We seek independent movies with original ideas. We screen the work of experienced professionals, long-time amateurs, and first-time filmmakers alike. We strongly encourage women, veterans, people with disabilities, people of color and gender nonconforming filmmakers to submit to our festival. We show films of all genres, formats, and lengths, as long as they’re daring, creative, and unique. We always search for films that break down boundaries or feature innovative, personal, and eccentric or hilarious takes on old forms. We love animation, satire, comedies and dramas, experimental and abstract films, personal and political documentaries, and every other form of film, entertainment, or video art.”

All submissions not made through FilmFreeway must go through Rooftop’s Submission Form. Rooftop does sometimes accept films with no entry fee. For more information and for any questions regarding submissions, email [email protected].