The London-based analytics firm Gower Street is reporting continued box office success at movie theatres across the 30 markets that it tracks. Typical was Germany, which saw business up seven percent week-on-week. That was largely a result of the major local hit Wundershon, directed by actress Karoline Herfurth. The film claimed $2.8 million including previews. It was the biggest opening for a local title, and the first to deliver a four-day weekend of more than €2 million, since before the pandemic. 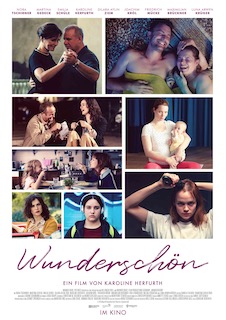 The US Domestic market enjoyed a 71 percent week-on-week increase, led by a $23.5 million opening for Jackass Forever. While Roland Emmerich’s big budget independent MOONFALL disappointed in the US ($10 million at number two), it scored number one openings in a number of international markets, including Russia, Spain, UAE, Malaysia, Mexico, Brazil, Colombia, Panama, and Peru. In total it took $9.55 million from 45 international markets. Meanwhile

While new titles are finally displacing it from the top spots in most markets Spider Man: No Way Home continues to pull in strong business. Global box office now stands at $1.776 billion.

As of February 5, the global box office for 2022 stands at $2.92 billion - having added $1.1 billion in the past week thanks, primarily, to the Chinese New Year! This total is now 176 percent ahead of 2021 at the same stage (when many territories were in lockdown), while the deficit against the average of the three pre-pandemic years (2017-2019) has been reduced from 45 percent a week ago to 29 percent. The Domestic market is tracking 57 percent behind the three-year average; International (except China) is 46 percent behind.