Renegade Animation co-founder and executive producer Ashley Postlewaite will take part in the panel discussion Extraordinary Women, Extraordinary Animation at Comic-Con International 2018 in San Diego. Postlewaite will join other women leaders from the animation industry in discussing how they turned their talents into successful careers. The panel will also discuss new technologies that are making it easier for young people, and especially women, to enter the field of animation. 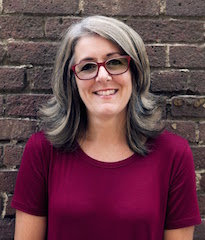 Other panelists include representatives from The Weather Girls, Rabbit Hole Productions, Motion Sickness, PXL agency and Adobe. The event panel is scheduled for Friday, July 20 at 6:00pm in Room 11 of the San Diego Convention Center.

“With the growth of streaming services, this is a great time to work in entertainment,” said Postlewaite. “Women have opportunities today to become artists, writers, producers and content creators. I look forward to joining these other exceptional women in sharing the lessons we’ve learned and advice to help the next generation achieve their goals and potential.”

Postlewaite joined animation director Darrell Van Citters in founding Renegade Animation in 1992. Since then, their company has produced animation for television, feature films, advertising, DVDs and a variety of new media applications. Renegade currently employs more than 60 artists at its Glendale studio where its work includes The Tom and Jerry Show for Warner Bros. Animation.

Its past credits include the Cartoon Network Series Hi Hi Puffy Ami Yumi and The Mr. Men Show, the animated feature film Christmas Is Here Again and television commercials for Geico, Nike and General Mills. Postlewaite was nominated for Emmy Awards in 2012 and 2016.