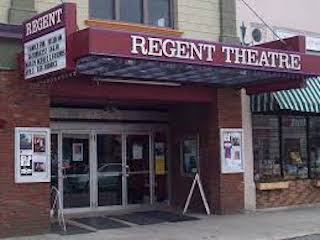 “We are thrilled to share an unforgettable evening of all new films that we have never shown at The Regent Theatre before,” said Beatles historian Cha-Chi Loprete. “Even the most knowledgeable Beatles fans will see and hear something new.”!

Loprete is the longtime host of New England’s Breakfast with The Beatles heard weekly on WUMB 91.9FM Boston and Seacoast Oldies 92.1FM and 97.1FM in New Hampshire and Maine. 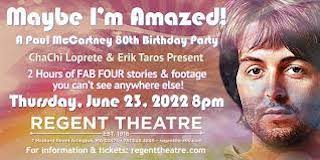 Breakfast With the Beatles features alternate versions and outtakes as well as the stories behind the songs, rare Beatles spoken word and special guests from The Beatles inner circle.

Loprete will be joined at the event by acclaimed Beatles film archivist and historian Erik Taros, whose credits include working with Apple Records and Peter Jackson on the Beatles film Get Back and providing archival material for Eight Days A Week: The Touring Years, a Ron Howard feature film about the Beatles.

The doors will open at 7:15p.m. For tickets and more information visit www.regenttheatre.com