RealD announced today that the China National Intellectual Property Administration has upheld the company’s patent on 3D cinema projection systems in China. The decision was issued by the Patent Review Board, a subsidiary office of CNIPA.  According to the PRB's announcement, all of the petitioner's invalidation arguments were rejected, and RealD's patent is maintained in full. 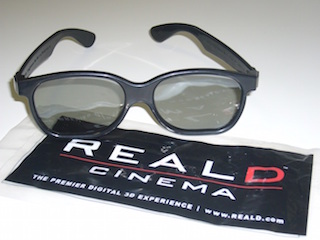 RealD's patented light-doubling 3D cinema systems deliver what the company says is the highest light efficiency of any 3D cinema projection technology, and as a result, provide a superior projected 3D image at a lower operating cost.

The ruling is the latest case upholding and affirming RealD's patents around the world and follows victories for RealD in the United States, Europe, Japan, Russia, Australia, and Germany, where the company's invention patents were successfully asserted, or challenges to them by their infringers were unsuccessful.

"RealD employs world-class inventors and invests substantial resources in our mission to deliver the perfect visual image. We are delighted that CNIPA acknowledged and affirmed our invention and efforts," said Travis Reid, RealD's president of worldwide cinema. "We believe this win will also pave the way for RealD to actively enforce the patent against infringers in China. By protecting our intellectual property and patented technologies, we are able to continue our efforts to perfect the visual experience."