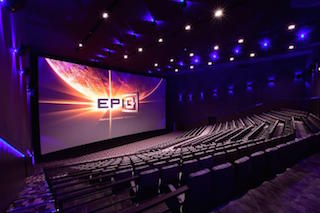 The three-screen theatre is owned by producer Vamsi Krishna, also the owner of the V Celluloid chain of cinema theatres with more than 50 screens in both Andhra Pradesh and Telangana. The 656-seater theatre was launched with the screening of Saaho. Saaho cinematographer R Madhi said during the launch, “Epiq will have a terrific impact on the movie industry, giving us greater scope in how we produce feature films. Knowing that audiences can have an immersive experience such as this will greatly increase the creative possibilities for us in terms of visuals and sound.”

“As the home of the largest screen in South Asia, right here in Sullurpet, we are proud to be at the forefront of revolutionizing how India experiences cinema beyond the big cities,” Krishna said. “Epiq will take our mission forward, bringing an extraordinary ambience and superior technological quality to more audiences than ever before.”