On Thursday May 6 the Post New York Alliance will feature the second part in its series on entrepreneurship in the post-production industry in the next edition of Post Break, its free webinar series. A trio of pros, with experience both as freelancers and business owners, will reveal how they launched their careers, found success, and offer advice to others seeking to follow in their footsteps. 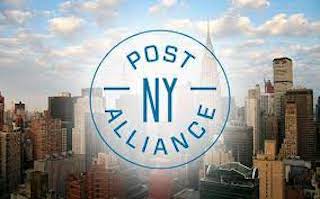 With pandemic measures easing, new opportunities in the post-production industry are on the rise, making this a very timely session.

We Are All Entrepreneurs Part II is slated for 4:00 p.m. EDT on Zoom. Following the webinar, attendees will have an opportunity to join small, virtual breakout groups for discussion and networking.

The panelists include Sienna Jeffries and Cherelle Cargill, founders of HR Casting and SAG/AFTRA actresses with 20-plus years of experience in commercials, television, film, theatre and ADR.  They will be joined by Bob Pomann is an award-winning sound designer, mixer and supervising sound editor, and founder of Pomann Sound.

Chris Peterson, PNYA Board Secretary, will moderate. He has worked as an executive producer and media technologist at post-production facilities, VFX shops, sound/music houses, and systems integrators.