PNYA to Host Videoconference on How to Get Promoted in Post

Career advancement in the highly competitive world of post-production can be challenging. For the next edition of its popular weekly videoconference series Post Break, the Post New York Alliance is assembling a panel of up-and-coming and established industry professionals to share their secrets on moving up the ladder. Titled Making Moves: How to Get Promoted in Post, the free event is slated for Thursday, August 13 at 4:00 p.m. EDT. 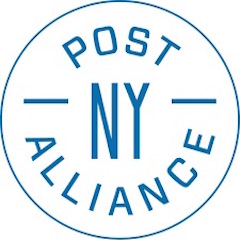 Post-production offers many personally, and financially, rewarding career opportunities, but the dynamic nature of the business means there are few tried-and-true paths to those dream jobs. Young career aspirants must rely on hard work, moxie, networking skills and resilience to gain that big promotion or new job. In this lively one-hour session, successful editors, post-production supervisors and others will tell how they earned their big breaks and offer advice to others looking to follow in their footsteps.

The moderator will be: