Emmy nominated filmmaker Pamela B. Green will be the featured speaker at the annual Women in Technology Luncheon on October 21, presented by HPA Women in Post and SMPTE. The popular gathering takes place October 21-24 during the SMPTE 2019 Conference at the Westin Bonaventure Hotel in downtown Los Angeles. Green’s feature documentary Be Natural: The Untold Story of Alice Guy-Blaché tells the moving and groundbreaking story of the first female filmmaker. During the luncheon, Green will be in conversation with Loren Nielsen, co-chair of the HPA Women in Post Committee. 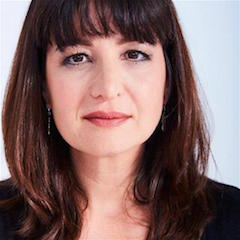 “Pamela’s work on Be Natural is monumental,” said Nielsen. “She researched Alice Guy-Blaché’s story down to the very fabric of her being and shaped that research into a tremendously compelling narrative. For those of us working in the technologies that impact stories, learning about the first woman filmmaker, a secretary who instinctually understood how technology could be used to craft stories, is both empowering and inspiring.”

Be Natural: The Untold Story of Alice Guy-Blaché premiered at the Cannes Film Festival in the Cannes Classics category in 2018.  Nominated for the Eye award, it was named an Official Selection of Deauville American Film Festival, Telluride Film Festival, the 56th New York Film Festival, and the BFI London Film Festival, among many others. The film was released theatrically in 2019 to critical acclaim in the U.S., Canada, Australia, and New Zealand and will be released globally soon. 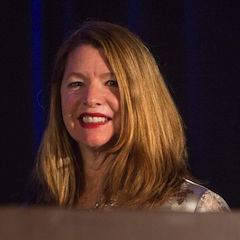 Guy-Blaché played an important role at the birth of cinema. When she completed her first film in 1896 Paris, she was not only the first female filmmaker, but was also one of the first directors ever to make a narrative film. Be Natural: The Untold Story of Alice Guy-Blaché follows her rise from Gaumont secretary to her appointment as head of production, and an illustrious 20-year career in France and in the United States as the founder of her own studio and as writer, director, and producer. Over the span of her career, she wrote, produced and/or directed 1,000 films. Yet despite all of her accomplishments, she was virtually erased from history until now.

Green dedicated more than eight years of research to uncovering the real story of Guy-Blaché (1873-1968) – not only highlighting her pioneering contributions to the birth of cinema, but also her stature as a creative force and entrepreneur in the earliest years of moviemaking.

As the founder of Pic, an entertainment and motion design boutique based in Los Angeles, Green’s work encompasses feature film main titles, motion graphics, and creative directing, as well as directing and producing music videos and commercials. She is known in the industry for creating title sequences and story sequences using her knowledge of graphic design, animation, editorial, and rare archival stock footage research. Green founded Legwork Collective, whose media detectives find and obtain rights to unusual and rarely seen footage, stills, audio, and artifacts for use in feature films, documentaries, TV series, commercials and other industries outside of entertainment.

When not accompanying Be Natural to its multiple engagements still taking place worldwide, Green is at work on her next project

Nominated for an Emmy for the documentary Bhutto, Green has produced main titles, created and advised on internal story sequences and marketing campaigns for films such as the Bourne series, The Fast and the Furious, The Muppets, Rings and several Marvel comic book franchises. She has also worked on films such as The Cabin in the Woods and The Kingdom. For television and streaming, she has created titles for Supergirl, The Flash, and Quantico among many others. In addition, Green has directed and produced TV show and award show packages for, among others, the Academy Awards, Billboard Awards, Critics Choice Awards, and MTV Awards.

“Particularly since researching Alice, women working in entertainment technology have a special place in my heart,” said Green. “It’s exciting to be in a room with so many people putting their talents to work toward making it possible for filmmakers to tell stories in new and different ways. I can’t wait to see where our conversation goes.”

Tickets for the Women in Technology Luncheon may be purchased separately or added to a SMPTE 2019 conference registration package. Registration and other information can be found at smpte2019.org/women-in-tech.html.