Pace Pictures, a full-service sound and picture post-production facility based in Hollywood, and ShockBox VFX, a bi-coastal specialist in visual effects, animation and motion graphics, have formed a strategic alliance for film and television projects. The two specialist companies provide studios and producers with integrated services, encompassing all aspects of post, in order to finish any project efficiently, cost-effectively, and with greater creative control. 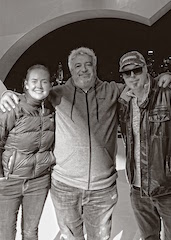 The agreement formalizes a successful collaborative partnership that has been evolving over many years. Pace Pictures and ShockBox collaborated informally in 2015 on the independent feature November Rule. Since then, they have teamed up on numerous projects including, most recently, the Hulu series Veronica Mars, Lionsgate’s 3 From Hell and Universal Pictures’ Grand-Daddy Day Care and Undercover Brother 2. Pace provided services including creative editorial, color grading, editorial finishing and sound mixing. ShockBox contributed visual effects, animation and main title design.

“We offer complimentary services and our staff have developed close working rapport,” says Pace Pictures president Heath Ryan. “We want to keep building on that. A formal alliance benefits both companies and our clients.”

“In today’s world of shrinking budgets and delivery schedules, the time for creativity in the post process can often suffer,” adds ShockBox founder and director Steven Addair. “Through our partnership with Pace, producers and studios of all sizes will be able to maximize our integrated VFX pipeline for both quality and volume.” 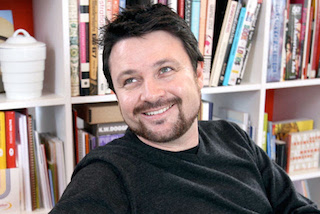 As part of the agreement, ShockBox will move its West Coast operations to an all-new facility that Pace plans to open later this fall. The two companies have also set up an encrypted, high-speed data connection between Pace Pictures, Hollywood, and ShockBox, New York, allowing them to exchange project data quickly and securely. “We’ve established an efficient workflow where work is shared seamlessly,” observes ShockBox executive producer Peter M. Green. “Both companies are led by people who’ve worked in the industry for a long time, in many capacities. In addition to expansive resources, we bring a wealth of knowledge and experience.”

The companies’ joint work has covered a range of styles and scope. For the horror film 3 From Hell, Pace Pictures was responsible for editorial finishing, final color grading and deliverables, while ShockBox created more than 500 visual effects shots. For Veronica Mars, ShockBox designed and produced the series’ new opening title sequence (set to a new rendition of the series’ theme song We Used to Be Friends sung by Chrissie Hynde) with Pace handling editorial and post.