Oscilloscope Laboratories announced today that it has acquired U.S. rights from Visit Films to Sophia Takal’s second directorial feature, Always Shine, which recently bowed at the 2016 Tribeca Film Festival, where it won the award for Best Actress in a U.S. Narrative Feature Film. Oscilloscope will release the film in theaters later this year. 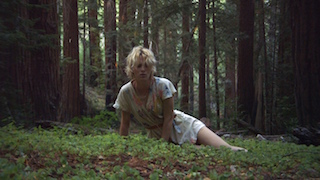 Two friends, both actresses (Halt and Catch Fire’s Mackenzie Davis and Masters of Sex’s Caitlin FitzGerald), leave Los Angeles for Big Sur embarking on a weekend getaway to reconnect. Once alone, however, the two women's suppressed jealousies and deep-seated resentments bubble to the surface, causing them to lose grasp not just of the true nature of their relationship, but also on their own identities. The film has received critical acclaim, with Vanity Fair calling it “unsettling, unshakable . . . reveals Takal as a remarkably assured filmmaker.”

About the acquisition, filmmaker Takal said, “We are beyond thrilled to be joining the Oscilloscope family. Their movies embody everything we love about independent cinema and we are honored Always Shine has found such a wonderful home."

O-Scope’s Dan Berger said, “Sophia has created a haunting thriller about obsession, fame, and femininity to rival the likes of the pinnacle films of that ilk. It has shades of Polanski and Bergman and yet it never ceases to be its own, wholly unique and authentic work. We’re very excited to be a part of bringing Always Shine to a wider audience.”