Organizers Cancel In-Person ShowEast 2020; Online Version to be Held Instead

ShowEast 2020, scheduled to take place December 7-10 in Miami Beach, Florida has been cancelled because of the pandemic. A free online ShowEast will replace the in-person event at a date to be announced later. The show’s organizers, Film Expo Group, issued the following statement today: 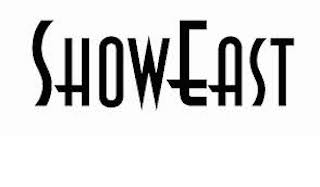 “No one would have believed in March 2020 that the COVID-19 Virus would have such a pulverizing and disastrous effect on the motion picture theatre industry. But it has and there are still so many unknowns. Just weeks ago we were encouraged to think that ShowEast would be happening in Miami Beach in early December,” the statement read.

“Now just several weeks later there are spikes in the virus across the country and in Florida that have kept hotels from operating at their peak occupancy levels,” the statement continued. “Studios, exhibitors and equipment companies are still facing travel restrictions until the end of the year and now our site for screenings and presentations for ShowEast is temporarily closed. It just does not seem possible and safe to hold a show.”

“We want to give everyone sufficient time to cancel any airline reservations and hotel reservations you may have already made. With this decision we will announce shortly an online ShowEast t to help kickoff and celebrate 2021. This event, which will be complimentary to all members of the motion picture industry is our way of showing support to an industry that has been ravaged over the past seven months but is one that is strong and lives to fight another day.”