One Union Recording Studios, the Bay Area’s largest, independent recording facility, has added senior engineer Eduardo Mendoza to its mix staff. Mendoza arrives from a similar post with Facebook and brings more than 15 years of experience in audio recording, editing and mixing for broadcast, digital, corporate and other media. 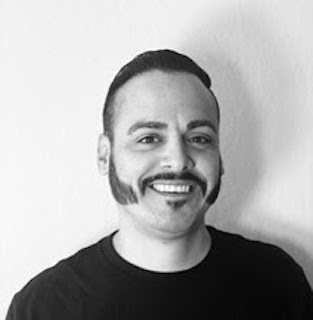 The new staff will help One Union keep pace with a growing workload as advertising and corporate production in the Bay Area and around the country rebounds. “Eduardo is very talented engineer whose background is a perfect fit for our studio,” says One Union Recording Studios president John McGleenan. “He is a great communicator and works exceedingly well with agency creatives, clients, actors and others. We are thrilled to welcome him to our team.”

Mendoza describes his move as a chance to work with top clients from all sectors of the industry. “It’s an amazing opportunity to reconnect with the advertising community and work at a studio that was recently rebuilt from the ground up,” he says. “One Union has been on my radar since I began my career in 2003. When an opening appeared, I jumped.”

At Facebook, Mendoza led an audio voice team and oversaw studio upgrades. During the pandemic crisis, he supervised a switch to remote operations and the remote production of video content. He previously spent four years at Pandora/SiriusXM where he designed three recording studios and engineered client advertising for diverse digital platforms. His background also includes 11 years at Polarity Post, San Francisco, as senior audio engineer, project manager, sound editor and recordist. He mixed national and regional television advertising, as well as radio and digital campaigns. He recorded Foley and designed sound for independent films, episodic television, video games and animation.

“I’m glad to be returning to post-production and collaborating with creatives, producers and other clients,” Mendoza notes. “I love engaging with clients and working with talent.”

A graduate of the University of Massachusetts, Swarce moves into an assistant engineer role having previously worked for One Union as an intern. He will be responsible for preparing sound sessions and assisting senior mixers. He will also be charged with maintaining Covid-19 health and safety protocols.

“I’ve learned a lot at One Union about post-production and the advertising industry. It’s a great place to launch my career,” Swarce says.