The Women’s Film Preservation Fund of New York Women in Film & Television is nominating two WFPF-preserved films for inclusion on this year’s National Film Registry: The Wobblies, 1979, by Deborah Shaffer, Stewart Bird and Betty Tells Her Story, 1972 by Liane Brandon. Both films explore a diverse range of issues and innovative approaches to filmmaking practiced by women filmmakers. 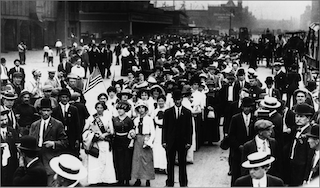 The National Film Registry of the Library of Congress selects 25 films each year showcasing the range and diversity of American film heritage to increase awareness for its preservation. Public nominations play a key role when the Librarian and Film Board are considering their final selections. Any citizen can nominate up to 50 titles per year. The Women’s Film Preservation Fund selects a number of films per year which it has preserved that are particularly relevant and timely for nomination.

NYWIFT hopes you will include their choices with your other nominations.

The Wobblies is a joyous chronicle of the Industrial Workers of the World, combining rare newsreel footage, interviews with former members, cartoons, posters, artwork and songs from the period to lovingly evoke the passion, energy and commitment of the Wobblies. The film is surprisingly relevant today, in its depiction of the struggles over working conditions, migrant workers, immigration and deportation, and the Chicago trial of 101 IWW leaders and rank and file members in 1921 that presages the Chicago 7 conspiracy trial of 1970. 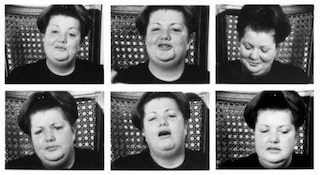 Betty Tells Her Story is the poignant tale of beauty, identity and a dress – and it is considered a classic of documentary filmmaking. It is the saga of Betty’s search for “the perfect dress” – how she found just the right one . . . and never got to wear it. Then Betty tells her story again. The contrast between the two stories is haunting. Made in 1972, it was the first independent film of the Women’s Movement to explore the issues of body image, self-worth and beauty in American culture – and it has become one of the most enduring.

To date more than 700 films have been added to the Registry. Approximately sixty of the films on the list are women directed works. These films are incredibly important and include WFPF preserved titles, but we’d like to see this number increase exponentially. This would help increase awareness of women’s contribution and place in cinematic history and reflect the diverse significant voices we bring to the artform. There are many other WFPF films that have yet to be nominated. See the full list of WFPF preserved titles here.

Nominate a WFPF preservation today or nominate another woman-made film. The films elected can be in need of preservation, or can be those which have already been preserved, but must be at least 10 years old.

The nomination form link closes on September 15, 2021, so be sure to get your nominations in before the deadline. Click here to vote https://www.research.net/r/national-fim-registry-nomination-form