New York Women in Film & Television is pleased to announce that 30 projects from 32 members have been officially selected for the 2022 Tribeca Film Festival. The festival takes place June 8-19, both virtually and in-person in New York City. 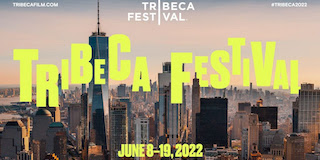 The 30 projects span a remarkable 16 categories and exemplify the diversity of talent within the NYWIFT community. As the leading non-profit professional association for women in media in New York, NYWIFT boasts a membership made up of not only directors and producers, but writers, editors, casting professionals, actors, business executives, attorneys, and so much more. Many of those roles are reflected the in the 2022 NYWIFT Tribeca roster.

“Getting an acceptance letter from the Tribeca Film Festival in the middle of a pandemic and economic crisis is what creators of content dream of. We are thrilled that so many members of our NYWIFT community – tenacious, visionary, and powerful women – have been accepted to this prestigious festival. Content themes range from reproductive rights to artists portraits to immigration, and it is clear that women filmmakers have a unique finger on the pulse of what is happening in society today. We hope New Yorkers will come out to support our community and Tribeca and attend the festivities,” said NYWIFT executive director Cynthia Lopez.

Among the 32 members included are four NYWIFT board members: Alex Cirillo produced the Derek Jeter documentary series The Captain and Audrey Rosenberg produced the HBO documentary Katrina Babies, a first-person account of the short-term and long-term devastation wrought by Hurricane Katrina. Leslie Fields-Cruz is the executive director of Black Public Media, which funded Inner Wound Real (LGBTQIA+ Shorts Program), After Sherman, and Hazing, and LaJune, the creator of Black Movement Library – Movement Portraits, is part of the BPMplus Emerging Talent Pool. And NYWIFT board president Jamie Zelermyer is the creator, host, and executive producer of the Wonder Media podcast I Was Never There, selected for the Audio Storytelling Category. Zelermyer’s podcast explores the shocking disappearance of Marsha “Mudd” Ferber and her evolution from suburban housewife to feminist back-to-the-land hippie to drug-dealing bar owner, as Jamie and her mother, Karen, also reflect on Jamie’s nontraditional upbringing.

“I Was Never There falls within the true crime category but first and foremost I believe it is about a mother and a daughter and a time and place. After working in film for so many years it was both exciting and daunting to tackle a new format and I am so proud of the series and can't wait to premiere at The Tribeca Festival,” said Zelermyer, who is also the creator and host of I Was Never There.

“The reason my team at BPM works so hard to provide professional development, production funding, and expanded visibility for Black creatives, is so that the work of talented makers —likeByron Hurt, Carrie Hawks, Jon Sesrie Goff, and LaJune McMillian — can be appreciated by audiences everywhere,” said Fields-Cruz.

“Buck’s story and the stories of all the Katrina Babies are intertwined with the soul and fate of New Orleans and frankly with America as a whole. His voice lifts up an entire generation of survivors and shows us what it means to own your own narrative and define your own resilience. Tribeca Film Festival is the ideal place to premiere this documentary in competition!” said Rosenberg, producer of Katrina Babies.

“The Captain is ESPN’s tentpole series of 2022 and tells the story of one of the best New York Yankees of all time. We can’t wait to share this outstanding series with Tribeca audiences,” said Cirillo, producer of The Captain.

Also featured among the NYWIFT member projects is Signe Baumane’s animated feature My Love Affair with Marriage, in the International Narrative category. Baumane received a 2020 NYWIFT Ravenal Foundation Feature Film Grant for the project, presented to a woman filmmaker over 40 making her second feature. The musical narrative explores marriage through the lenses of mythology and contemporary neuroscience.

Learn more about the projects at https://www.nywift.org/nywift-at-tribeca-2022/.