The trade association New York Women in Film and Television has partnered with GoIndieTV to showcase showcase the work of its talented membership through the third annual NYWIFT Online Shorts Festival. Members are invited to submit their short films, TV pilots and webisodes to the festival, which will run on GoIndieTV.com and on Roku for public viewing in early 2020. 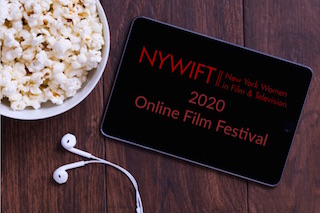 Projects must be under 40 minutes long.

We will not accept projects completed prior to 2015.

The project must feature a current NYWIFT member in a key creative role. The NYWIFT member must be the person to submit the film to the festival.

Projects rated PG-13 or below are greatly preferred.

Projects featured in last year’s NYWIFT Online Shorts Festival will not be considered.

Nonmembers who would like to submit a project, email [email protected] to join the organization.

The submission deadline is Sunday, December 1 at 11:00 pm EDT.

Projects will not be accepted after the deadline.

NYWIFT was founded in 1977 by a handful of women who saw a pressing need in New York for a networking and education forum for women in the entertainment industry. More than 40 years later, NYWIFT’s diverse membership is now nearly 2,500 strong, made up of women and men who work in all aspects of television, film and digital media, from behind-the-scenes to in front of the camera to the executive suite.

Visit the association's website for more information and to submit a project.