Nugen Names Winners in Show Us Your Setup Photo Contest

Nugen Audio has named Thomas Cassetta, Vladimir Bajnoci and Dean Lee as the winners of the company’s Show Us Your Setup photo contest. The contest tasked mixers and producers to submit beauty photos of their studio or workstation with Nugen Audio’s Paragon reverb on their monitors for a chance to win a $599 Nugen Audio voucher, and branded swag. 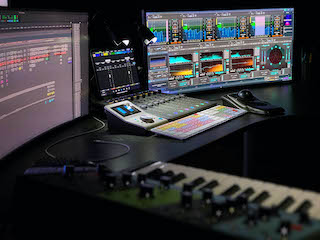 The winners (Cassetta, first; Bajnoci, second; and Lee, third) were chosen by the entire Nugen staff based on the quality of images submitted. Each was awarded a branded tote bag, mug, earplugs, pens, and mask. In addition, second place was awarded a $99 software voucher.  Set-ups in all regions and of all shapes and sizes, from professional studios to home workstations, were considered for this contest.

A production sound/re-recording mixer and owner of Scopic Productions in Los Angeles, Cassetta focuses on bridging the creative gap between production and post-production. He accomplishes this by working through the technical aspect of the craft and engaging his clients at the heart of their story — whether it’s narrative, commercial, documentary, podcasts, or standup comedy. 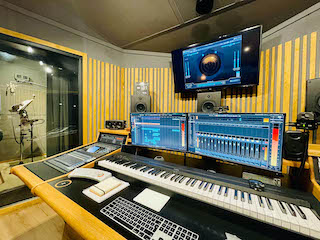 “Producing sound is no longer a compartmentalized process; delivering numerous formats with a single master mix requires precision and reliability,” he says. “Nugen’s tools provide this in spades, while also employing a beautiful GUI that allows the sound artist to focus on the creative choices from moment to moment. At Scopic, ISL 2 is patched in on every physical and virtual output and mix bus in Pro Tools, followed by VisLM 2 on every Mix and PM stem. 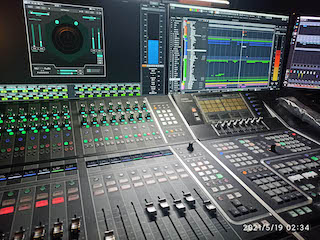 This allows for instant access to trustworthy analysis at any point in the process. Additionally, Halo Upmix provides creative spatial opportunities, while Halo Downmix translates our multichannel master mixes into every down-chain deliverable without worrying about phase. We also recently employed Paragon on our narrative template due to its incredible flexibility and natural, emotional response.”

A sound engineer/designer of commercial spots for radio and TV, Bajnoci served as imaging director at Fun Radio Slovakia for 25 years. In January 2021, he opened his own post-production studio, Bajko Sound Production. “I use Nugen Audio’s AMB for converting files for TV broadcasting on a daily basis,” he says. “I can’t imagine my professional life without this app. Sometimes, I mix for cinema productions and Nugen’s Halo Upmix must be in my plug-in chain for those projects.”