FilmLight has unveiled the nominees for the 2022 FilmLight Color Awards. In their second year, the awards have attracted more than 300 entries from 36 countries across the globe and the judging panel has now announced a shortlist of 25 remarkable projects across five categories. 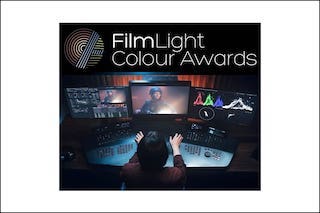 The awards are open to artists using any grading platform and the judging panel is drawn from the international ranks of well-known cinematographers and colorists. The winners will be announced November 13 at EnergaCamerImage.

“I have been impressed by the entries to the FilmLight Color Awards this year,” says jury member Stephen Lighthill, president of the American Society of Cinematographers. “All the contributions showed enormous effort and talent. As a cinematographer, I have enjoyed the judging process. Watching the entries, I noted the colorists’ use of layers to enhance the story being told. I look forward to celebrating the winners among our peers during the ceremony at Camerimage.”

The final list of nominees for the award for grading a theatrical feature are:

Being the Ricardos, graded by Ian Vertovec at Light Iron

No Time to Die, graded by Matt Wallach at Company 3

West Side Story, graded by Michael Hatzer at Picture Shop

The awards program, initiated by FilmLight, is organized in conjunction with EnergaCameraImage, with the support of prominent international groups such as the ASC, the International Federation of Cinematographers, the Colorist Society International and more.

Click here for more information on the awards and a complete list of the other nominees www.filmlightcolourawards.com.