The nominees have been announced for the 22nd annual Golden Trailer Awards ceremony, which will be held live at The Orpheum Theatre in Los Angeles, California on Thursday, October 6th. This year’s awards represent the ever-evolving entertainment industry. The 2022 jury consists of top-level directors, producers, actors, writers, executives, and advertising creatives as well as program host, renowned comedian and NBC talk show personality, Henry Cho. 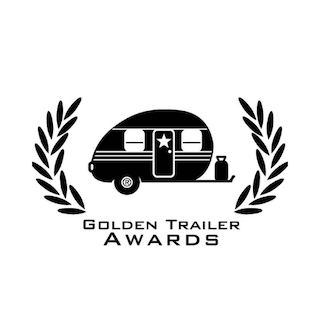 Evelyn Brady-Watters and Monica Brady co-founded The Golden Trailer Awards with a goal to recognize the incredibly talented professionals who work behind the scenes to create trailers and marketing content for new movies, television, and streaming series. These creative professionals are the unsung heroes of the entertainment industry. Before The Golden Trailer Awards, most of these artists were typically not credited for their work and remained largely anonymous. Today, the industry gives proper accreditation to these creatives as their innovative work fuels the movie and streaming industries. In keeping with the times, Golden Trailer Awards has added two brand-new categories to the live show for this year’s awards: Best Drama for TV/Streaming Series and Best Comedy for TV/Streaming Series.

“We’re thrilled to be back in LA for this year’s ceremony,” said Brady-Watters. “We’ve recently seen a major increase in streaming and this year's talent has been particularly elevated to keep up with how transformative the entertainment industry has become. We are honored to share this well-deserved recognition, especially after the turbulent times we’ve all had to endure. We look forward to celebrating the incredible and entertaining work of our industry professionals, whose craft shines through and entertains us through it all.”

Brady added, “These nominees all deserve to have their talent recognized and celebrated. Our two new categories are a reflection of the reimagined digital era that we are currently living in, and we’re grateful for the opportunity to show appreciation for their creative abilities.”

Content that was created between April 4, 2021, and May 31, 2022, from studios, independent films, and foreign films was eligible to enter the awards, including categories Trailer for a Feature Film; TV Spots for a Feature Film; Trailer/Teaser/TV Spot for a TV/Streaming Series; Home Entertainment Trailer; Poster; Radio Spot; Digital & Innovative Advertising; and Title Sequence. Honorees from various genres will be celebrated, from Action to Drama, Animation, Thriller, Documentary, and more.