The Qatar Cinema and Film Distribution Company says that it us planning to open a new VIP cinema on August 4 in Katara, the Cultural Village, called Katara Cinema. 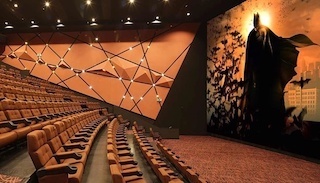 The cinema will have four VIP screens will be equipped with new technologies to keep pace with the latest developments in film entertainment.

The company also announced that it has closed one of its cinema branches located in the Landmark Mall for operational reasons.