Nagra, a Kudelski Group company, today launched NexGuard ClipMark, which it says is the industry’s only forensic watermarking technology designed to detect the source of pre-release content leaks on very short video clips, down to thirty seconds. 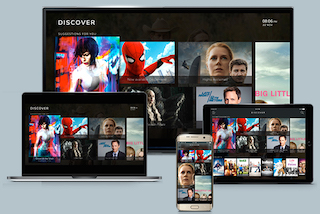 The launch marks a significant milestone for the movie and TV industry as it enables content owners and post-production houses to supplement existing NexGuard watermarking technologies for pre-release workflows and extend those capabilities to all types of high-value pre-release assets.

“NexGuard ClipMark is a game changer in the fight against pre-release leaks, enabling traceability of short form assets that previous watermarking technologies could not protect,” said Jean-Philippe Plantevin, vice president anti-piracy at Nagra. “While being very short in duration, most dailies, trailers and scenes extracted from proxy deliveries of full features or TV series are just as valuable as the mezzanine and master files. With NexGuard ClipMark, content owners and post-production houses have an extra tool to actively fight any pre-release leaks.”

Nagra has partnered with several transcoder vendors to make NexGuard ClipMark available on premise and in the cloud in transcoder plug-ins. These partnerships ensure the seamless deployment into existing workflows, while leveraging the cloud-based NexGuard Detection Service for fast, highly scalable and fully automated detection of watermarks on any type of assets.

NexGuard ClipMark is the latest addition to the suite of NexGuard forensic watermarking technologies designed to deter and combat leaks during premium content production, post-production, promotion and distribution, including for direct-to-consumer services.