MTI Film has released DRS Nova v5, the latest version of its digital restoration software. The company says V5 has new features to perform common restoration tasks more easily and manage projects more efficiently, especially those delivering in 4K high dynamic range. MTI Film also introduced Shine, a utility for DRS Nova that automates the filtering of dirt and fleeting scratches, reducing the time to make those repairs by as much as 70 percent. 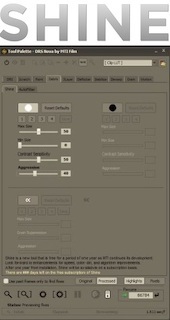 “DRS Nova v5 is our most significant update in two years and represents a clear advance in digital restoration,” said MTI Film director of product development Randy Reck. “Restoration professionals will love the improvements we’ve made to the Paint, Deflicker, Debris, Grain and Motion tools, many of which were developed through direct user feedback.”

He said the Shine utility addresses the most common and time-consuming restoration tasks. Based on an entirely new algorithm, Reck said the tool is a distinct improvement over other automated cleaning tools in detecting and repairing dirt and fleeting scratches. It offers the ability to distinguish unintended artifacts from authentic film elements, reducing the need for manual intervention.

“Shine is a powerful, next-generation tool,” said Reck. “It significantly reduces the time required to conduct basic clean-up tasks, and, as a result, can bring down overall restoration costs for many projects.”

MTI Film is offering Shine, which is still in development, free to DRS Nova v5 users for one year. It will then be available as a yearly subscription.