MTI Film has promoted Michael Cassio to head of production. Cassio will supervise the facility’s team of senior producers. He will also continue to act as a hands-on post-production producer on current television series for producers including Apple TV+, Netflix, Hulu, Starz and others. 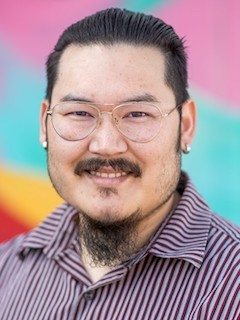 A Southern California native, Cassio joined MTI Film in 2020 as a senior producer and has produced color grading and editorial finishing for such shows as The Politician, Ratched, Dispatches from Elsewhere and High Fidelity. His background includes producer roles with Color Time and The Loft Post.

“Michael is an exceptional producer, very knowledgeable about post-production and attentive to the needs of our clients,” said MTI Film executive producer Barbara Marshall. “He has taken on more responsibility as our production slate has grown and shown his leadership skills. His experience and enthusiasm will be very valuable as head of production.”

Cassio looks forward to assuming a managerial role and involvement in MTI Film’s overall workflow. “I enjoy interacting with our clients and developing workflows tailored to their needs,” he said. “My goal is to build relationships and ensure that projects are delivered in a timely manner.”