Supervising sound editor and sound designer Harry Cohen, will be honored by the Motion Picture Sound Editors association with its 2017 Career Achievement Award. An 18-time MPSE Golden Reel Award nominee, Cohen has contributed to more than 150 movies and television shows. 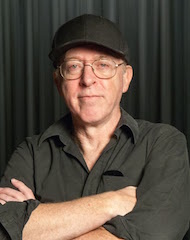 He has frequently collaborated with director Quentin Tarantino, including on the films The Hateful Eight, Django Unchained, Inglourious Basterds and Kill Bill: Vol. 1 & 2. He has also worked alongside directors Oliver Stone, Ridley Scott, Rob Marshall, Edward Zwick, Roland Emmerich and Paul Verhoeven, among many others. His most recent project was Deepwater Horizon for director Peter Berg.

“Harry is an endlessly resourceful and imaginative artist who is always inventing new ways to use sound to tell stories,” said MPSE president Tom McCarthy. “He has enriched the movie-going experience for audiences worldwide. We are very pleased to honor the creativity and dedication of a sound pro who embodies the spirit of the MPSE and its members.” Cohen will receive the award at the 64th MPSE Golden Reel Awards ceremony on February 19th at the Westin Bonaventure Hotel in Los Angeles.

The MPSE Career Achievement Award recognizes sound artists who have distinguished themselves by meritorious works as both an individual and fellow contributor to the art of sound for feature film, television and gaming and for setting an example of excellence for others to follow. Cohen joins a distinguished list of sound innovators, including 2016 Career Achievement Recipient Richard King, Skip Lievsay, Randy Thom, Larry Singer, Walter Murch and George Watters II.

“I am surprised and honored to by recognized by the friends and colleagues in the MPSE,” said Cohen. “Sound editors work under the radar and are largely invisible to the public, but those of us who practice the craft know how hard it is to produce a great soundtrack.”

A native of Queens, New York, Cohen began his career as a musician. While visiting a Los Angeles recording studio he was asked to help organize its sound effects library and that set him on a path to become a sound editor. He worked for many years at EFX Sound and later at Soundelux where he frequently partnered with supervising sound editor Wylie Stateman. Along with his many nominations, he won a Golden Reel Award in 1999 for A Texas Funeral. In 2000, he received an Emmy Award nomination for the series The Others.