The Motion Picture Sound Editor will honor Antoine Fuqua with its annual Filmmaker Award. The director of such films as The Equalizer (1 & 2), The Magnificent Seven, Southpaw and Training Day, is being recognized for his outstanding contributions to the art of cinema. He will receive the award at the 66th MPSE Golden Reel Awards ceremony February 17th in Los Angeles. 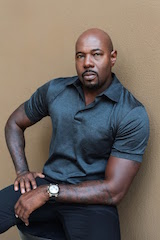 Fuqua’s rare ability to blend action with character-driven storytelling has made him one of the most sought-after and successful directors of his generation. “Antoine Fuqua has elevated the action film genre by introducing complex characters, nuanced storytelling and deep emotion, and audiences the world over have responded at the box office,” said MPSE president Tom McCarthy. “The MPSE is proud to recognize his achievements and add his name to the list of distinguished recipients of our Filmmaker Award.”

“I have always believed that sound is the element that elevates a film to its maximum potential,” said Fuqua. “I am fortunate to have worked with some the best sound editors in the business who continue to be instrumental to my filmmaking process. My vision would be incomplete without the careful attention to their craft. I am truly honored to be recognized by my friends and colleagues of the MPSE.”

Released earlier this year, The Equalizer 2, reunited Fuqua with Denzel Washington in his signature role as Robert McCall. Previously, he directed The Magnificent Seven, a remake of the 1960 classic, the boxing drama Southpaw and the smash hit The Equalizer. His 2001 film Training Day established his credentials as a master of action while earning an Academy Award for Denzel Washington for Best Actor, and a Best Supporting Actor nomination for Ethan Hawke. He also directed the films Olympus Has Fallen, Brooklyn's Finest and King Arthur, as well as the blues documentary, Lightning in a Bottle, executive produced by Martin Scorsese.

Fuqua is deeply passionate about supporting youth in the community and gives back through filmmaking.  He was honored for his charitable work by The Opportunity Network in 2016.

Founded in 1953, the Motion Picture Sound Editors is a non-profit organization of professional sound and music editors who work in the motion picture television and gaming industries. The organization’s mission is to provide a wealth of knowledge from award-winning professionals to a diverse group of individuals, youth and career professionals alike; mentoring and educating the community about the artistic merit and technical advancements in sound and music editing; providing scholarships for the continuing advancement of motion picture sound in education; and helping to enhance the personal and professional lives of the men and women who practice this unique craft.