Movio has named Nicolas Maquet as chief technology officer. Maquet, who joined Movio six years ago and was subsequently named head of technology, will report to Movie COO Matthew Liebmann. 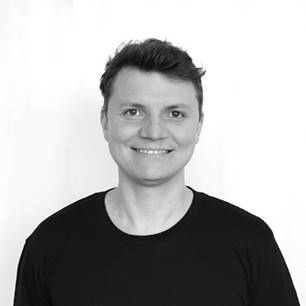 During his tenure at Movio, Maquet has strengthened Movio's security and development operations governance; streamlined the company’s tech footprint by reducing the number of different technologies to a much more manageable subset; introduced large-scale data engineering via the Apache Spark ecosystem, and bolstered the collaboration between software engineering and data science by implementing Data Warehousing and developing business intelligence knowledge. He has also promoted a culture of technical excellence focused on self-improvement, collaboration, and deliberate intent.

“Nic has the extraordinary ability to cut through technological fads to ensure Movio employs the optimum solution to overcome any obstacle,” said Movio co-founder and chief executive William Palmer. “This approach has led to vast improvements in the cadence and quality of our development and built confidence in our technical direction.”

A native of Belgium, Maquet earned a Ph.D. in Computer Science at the Free University of Brussels in 2006 and remained there as a researcher for four years. In 2011, he became a software engineer at Worldline by Atos, an electronic payment system linked to Belgium’s two largest credit card companies, Visa and Mastercard, as well as working as a lecturer at the University of Mons. In 2014, he co-founded DemonSquid, which built web applications for tabletop role-playing games. That same year he joined Movio as a software engineer and was made head of technology in 2017.

“It’s truly exciting to be part of Movio’s cadre of innovators who care about the movie industry in general and the exhibition space, in particular,” said Maquet. “We’re all movie lovers at the company so to be involved in the cutting-edge research and services that Movio provides to its customers is a remarkable experience.”