The New Zealand film industry data analytics company Movio and the Geena Davis Institute on Gender in Media at Mount Saint Mary’s Institue have teamed up to determine if what and who is presented on cinema screens affects who shows up for a film during its theatrical run. Data scientists at both organizations examined the following questions for a white paper entitled I Want to See Me: Why Diverse On-Screen Representation Drives Cinema Audiences.

The study addresses several questions including:

What negative or positive portrayals of certain groups are different viewers seeing in the most popular films?

What portrayals of certain groups are child viewers seeing in the most popular films?

Although both organizations had explored these and other related questions in the past, combining their analysis capabilities enabled a deeper data dive at a scale neither had achieved previously.  On-screen data and audience demographic data for the top 100 films, by box office, in the United States were examined for 2018 and 2019. 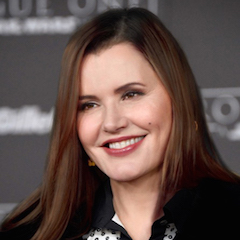 “As we’ve said before, our goal is very simple: that the characters on screen reflect the population, which is half Female and incredibly diverse,” says Geena Davis, founder and vhair of the Institute. “We know that increasing the presence of underrepresented groups in media can have a very powerful impact on shifting cultural perceptions. Our industry has a tremendous opportunity to foster inclusion in society by taking action to diversify who shows up on screen. As this new research shows, we have made progress, but we need to do better.”

“As the movie industry begins to recover from the effects of the pandemic, this research carries even more weight,” says William Palmer, chief executive and co-founder of Movio. “Diverse audiences can go elsewhere to find entertainment options that speak to them and their lives, so if cinema is to remain relevant and continue having a cultural impact, it must attract these audiences by delivering more representative content.”