The consumer purchase data platform Affinity Solutions and National Cinemedia have unveiled a report that the companies say proves a predictive relationship between in-theatre movie experiences and elevated consumer spending. The study entitled Economic Impact Study: Moviegoing as an Indicator of Spend analyzed NCM audiences of more than eight million moviegoers per week and their spending habits. 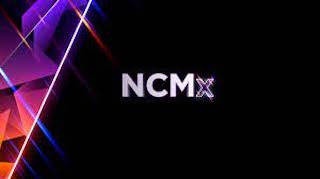 The Economic Impact Report is broken down into two studies. The first part looked at the total spending by category between the months of March and June 2022. The second analyzed the specific spending habits of NCM audiences attending two of the biggest blockbuster films released this year, Dr. Strange in the Multiverse of Madness and Top Gun: Maverick.

Affinity Solutions worked with NCM’s data and technology platform, NCMx, to analyze the purchase behavior of millions of NCM moviegoers after watching a movie. Affinity’s consumer purchase data, based on more than 100 million card members, uncovered that NCM moviegoers spend at two times the rate of non-moviegoers [in the eight hours following their in-theater movie experience] in specific and measurable ways – depending on age and demographic.

In the study, purchases were broken out by merchant categories and brands and then benchmarked against non-moviegoers during the same period. The research looked at the total spend as well as two different demographics when analyzing consumer behaviors: the more heavily Gen Z and Young Millennial audience of Dr. Strange in the Multiverse of Madness, and the Gen X and Boomer audience of Top Gun: Maverick.

The analysis shows that NCM can help advertisers identify when, where, and how their consumers are spending at and around the movie experience. Brands also have the ability to impact sales by reaching those consumers when they are ready and most inclined to spend. 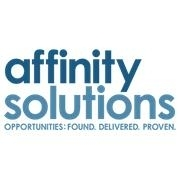 Key takeaways from the Economic Impact Report based on consumers’ eight hours following their in-theater movie experience were as follows:

Movie attendance overall triggers a spending spree. Regardless of what day the attendees went to the movies, these consumers spent more at bars and restaurants and on sporting goods, apparel, and digital content than those who stay home.

All moviegoers drive significant incremental spend but differ when it comes to their preferred brands.

Overall, the study demonstrated that to drive business outcomes, marketers need to reach relevant buyers when they are primed to shop.

“The data has validated what we have always known – that moviegoers have their wallets out and are spending more than non-moviegoers, with their preferred brands,” said Manu Singh, NCM’s senior vice president of insights, analytics, and sales data strategy. “Not only can we measure and track that spend, but through NCMx we can target and retarget consumers before, during and after the movie experience. Advertisers should take note. Cinema has become the metaphorical last click – we are it.”

To learn more about how moviegoing is a strong indicator of consumer spend, visit: https://report.ncm.com/