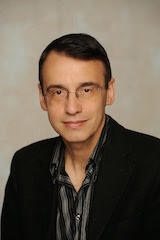 The Motion Picture Sound Editors has announced the results of its annual Board of Directors election. Elected to two-year terms in Executive Seats are Jeremy J. Gordon as Sergeant-at-Arms, Paul Rodriguez as Treasurer and Mark Lanza as Vice President. They join continuing offices Frank Morrone (President) and Christopher Reeves (Secretary). Lanza and Rodriguez were incumbents.

MPSE President Frank Morrone says that the new board will address an ambitious agenda. The organization has plans to grow its membership and increase recognition for sound editors, particularly those working in media other than traditional film and television production. It expects to increase its popular series of sound shows, beginning with an event at this year’s National Association of Broadcasters Convention in Las Vegas featuring the sound editorial team from the hit film Fifty Shades of Grey. MPSE also expects to boost its educational programs and student outreach.

“We are very excited to welcome some very talented and dedicated professionals to our board,” Morrone said. “We look forward to profiting from their enthusiasm and new ideas. As the professional sound community continues to grow worldwide and spread to new entertainment mediums, we are redoubling our commitment improve recognition for our members and their craft.”