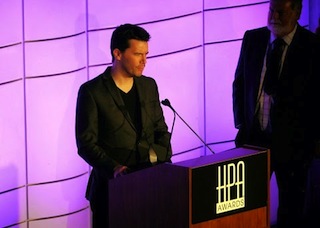 It is Cole’s second consecutive HPA Award for color grading. Last year, he won in the feature film category for Ang Lee’s Life of Pi. The HPA Awards recognize outstanding work by post-production professionals in creating film, television, and commercials for the global audience.

“Dave is able to connect with the vision that I capture and further sculpt it with his immense imagination,” said Reign Director of Photography Checco Varese about his collaboration with Cole.

Director Brad Silberling added, “No filmmaker can head into battle without his faithful crew, and my secret weapon time and again is the team at Modern.”

“We are thrilled that Dave’s work was chosen to be honored by his peers,” said Mark Smirnoff, president Creative Services, Modern VideoFilm. “Dave is a tremendous talent and we are honored to have him as part of the Modern family.”