The Abu Dhabi Film Commission, the Israel Film Fund and the Jerusalem Sam Spiegel Film &Television School have reached an overarching agreement centered on goodwill and bilateral cooperation in the fields of film and television. Under the new agreement, the film commissions will create an intercultural cooperation, creating content with the goal of promoting tolerance, education and developing a deeper cultural understanding between the Emirati and Israeli people.

The agreement follows the official signing ceremony at the White House for the agreement brokered by the U.S., in which Israel established formal ties with two Arab states, the United Arab Emirates and Bahrain.

The partners have agreed on an agenda consisting of four key initiatives, centered on bilateral workshops, training, education, the International Film Lab and a regional film festival. 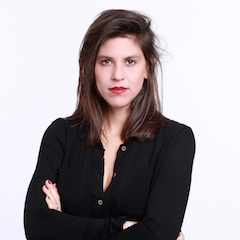 Training programs will be developed for filmmakers from both countries to participate in intensive script co-development workshops over a period of several months, with the aim of developing and producing Abu Dhabi-Israel film and television co-productions.

In partnership with the globally recognized Jerusalem Sam Spiegel Film &Television School, Emirati students will be selected to study in one of three educational tracks in its acclaimed Jerusalem campus. Dana Blankstein Cohen, executive director of JSFS said, "We are excited by this historic cooperation between our countries and believe in the power of film and television education to promote creative exchange between our future generations of cultural innovators."

In addition to training and development programs, Emirati filmmakers will have representation at the International Film Lab for the first time ever, with one UAE director invited to participate as a jury at the upcoming 2021 edition of the high-profile annual Film Lab competition.

Mohamed Al Mubarak, chairman of twofour54 and Image Nation Abu Dhabi said, “This agreement strengthens cultural ties between our creative industries as well as supports the development of Abu Dhabi’s film and TV sector through the creation of new opportunities for collaboration that will lead to the development of more quality content underpinned by the UAE’s values of acceptance and respect.” 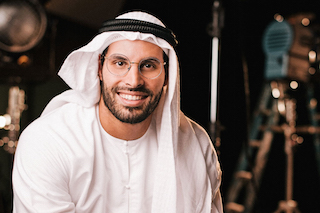 Hans Fraikin, the Abu Dhabi Film Commissioner continued, “We are delighted with this historic cooperation agreement with the Israel Film Fund and the Sam Spiegel Film School. This new partnership between the UAE and Israel will be extremely beneficial for our burgeoning Emirati film and television community by allowing our talented content creators to broaden their landscapes and develop skills from diverse expertise.”

Lisa Shiloach-Uzrad, executive director of IFF said, “The art of film is a universal language which can serve as a bridge between cultures and people. I believe this is a wonderful opportunity for collaboration through which we can learn, create and become closer to our neighbors in the Middle East. I am sure we will find many ways to work together on a creative and professional level to the great benefit of both sides."