MetaMedia today announced the promotion of Frank Bryant to chief operating officer. Reporting directly to MetaMedia CE Jason Brenek, Bryant will help focus the organization on the execution of operational and strategic plans and oversee functions related to the acquisition and delivery of content from studios and other suppliers, deployment and logistics, project management, marketing, legal and corporate strategy. 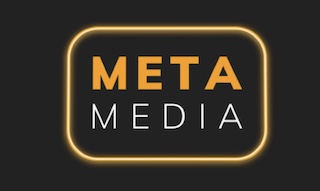 “Since MetaMedia’s launch, Frank has been central to our rapid growth,” said Brenek. “As we continue to expand into new markets and sectors, his operational expertise will be critical in establishing business strategies and the infrastructure we need to ensure that we maintain best-in-class services for our quickly growing client base.”

“MetaMedia has continued to grow rapidly and deliver for cinemas and studios even during the last year,” said Bryant. “I’m thrilled to help the MetaMedia team reinvigorate cinemas, drive-ins and other out-of-home entertainment venues around the world through our industry-first cloud-based content delivery platform. From blockbuster movies, to esports, concerts and distance learning, cinemas and content providers on the MetaMedia Entertainment Network are experiencing a sea change in their ability to connect with target audiences. We could not be more bullish on the movie-going experience and the cinema business.”

Prior to his promotion to COO, Bryant served as the chief commercial officer and head of international for MetaMedia, where he was responsible for revenue, managing global go-to-market strategies, securing international partners, negotiating strategic partnerships and setting commercial and investment strategy and priorities. Before MetaMedia, Bryant was head of Dolby Cinema, where he grew the business from a startup to a global network of more than 200 cinema locations on three continents. Prior to his work with Dolby, Bryant served as senior vice president of digital distribution for 21st Century Fox, senior vice president of distribution strategy and digital media at Walt Disney Studios, executive director of worldwide marketing operations for Sony Pictures Entertainment and principal consultant in PriceWaterhouseCoopers’ media and entertainment strategy practice. Bryant earned an MBA from Harvard Business School and a Bachelor of Arts from the University of California, Berkeley.