MetaMedia, the entertainment platform that delivers movies, premium content and live events to cinemas and other venues around the world, has completed its first collaboration with Sony Pictures for its Morbius Screening of the Americas, a special free fan screening of the new film. 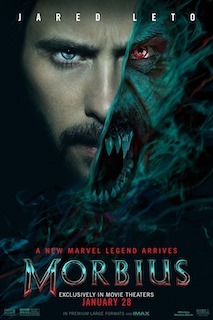 “I couldn’t be more proud of MetaMedia for having our first special film screening as our inaugural event with Sony Pictures,” said MetaMedia founder and chief executive officer Jason Brenek. “I’m looking forward to working more with our event’s three partners — Sony Pictures, Cinemark and Cinecolor — to deliver more of the finest possible event experiences in the world.”

MetaMedia’s digital technology not only delivered the movie to Cinemark Playa Vista, where the special event was held, but facilitated a live stream of the red-carpet arrivals and film introduction with Morbius cast members Jared Leto, Adria Arjona, Al Madrigal and Tyrese Gibson and writers Matt Sazama  and Burk Sharpless at select Cinemark theaters in Argentina, Brazil, Colombia and Chile.

MetaMedia’s technology enabled fans in Cinemark theatres across the United States and Latin America, through distribution partner Cinecolor, a Latin American cinema services and exhibition conglomerate, to participate in the special event. Cinemark, the third-largest exhibitor in the United States, has been a critical partner in the adoption of MetaMedia’s entertainment technology.