The MENA Cinema Forum, the region's largest event of its kind, will return to Dubai from October 22-24, promising more than 60 speakers and 800 experts in the field of cinema production, exhibition and distribution from 50 countries, it will be spread over two levels at Conrad Dubai. 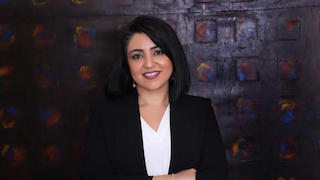 “It’s clear we’re in a rapidly evolving media ecosystem driven by different capacities, higher expectations and manifesting itself simultaneously in various dimensions,” said Leila Masinaei of event organizers Great Minds Event Management. "The dynamics of the cinema industry are developing while a cohort of ever-expanding super competitors and more focused players strive to build relevance at the right scale, we witness business models being reinvented so all players can tap into new revenue streams.”

Conference sessions will take place on one level, with more than 100 exhibitors showcasing their products and latest technologies. The other floor will also host a series of cinema industry talks, focused on the first day on building materials, and design, and on technology on the second day.

Day three will focus on regional content production, promoting the best practices in this field and encouraging regional and international collaborations. A series of six master classes will address critical topics such as film financing, scriptwriting, production and acting, catered to professionals and newcomers alike.