MediaMation co-founder Dan Jamele has returned to the company as CEO after a three-year hiatus. In 1991, he and co-founder Alison Jamele began the company which manufactures the programmable MX4D Motion EFX seats. 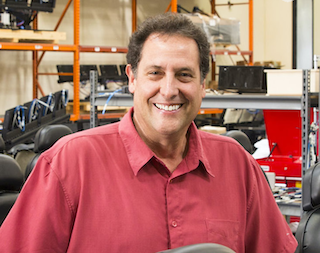 The movie programming team will soon be moving to a new programming/demo studio, once owned by award winning recording artist, jazz composer and pianist, David Benoit. The room is equipped with a full digital cinema projection system and surround sound audio. The main headquarters is very close to the location of the new programming center.