Based in MPM’s new Los Angeles office, Robbins will be responsible for utilizing his long-standing relationships within the entertainment, broadcasting, and media industries to present and place MPM Music's extensive music and song catalogs within feature films, movie trailers, TV shows, TV promos, videogames, commercials, and multi-media projects. MPM Music’s offerings include over 28,000 tracks across nine libraries, and several indie labels and artists worth of one--stop, hassle-free, licensable songs, trailer music, program/underscore and other post-audio elements. 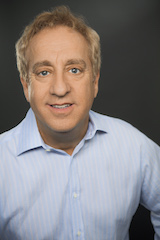 MPM has placed its music in films such as Race: The Jesse Owens Story and Dirty Grandpa, in trailers promoting such hit films as Trainwreck, in such top TV shows as Madame Secretary, Silicon Valley and The Big Bang Theory, and in commercials for such major brands as AT&T and Toyota.

“Andrew is a highly regarded and well-respected executive within our specialized universe of production music,” said Norman Chesky, CEO/founder, Manhattan Production Music. “He has established hundreds of strong relationships with key producers, editors and music supervisors, and will surely become a key representative of our music catalog across all media platforms. We welcome him to the team.”

“I can’t think of a better opportunity for someone with my history in the production music industry than to become part of the elite MPM team,” said Robbins. “This versatile company offers dozens of truly amazing, one-stop licensing music libraries, songs from the multi-Grammy Award winning Chesky record label, and top notch custom scoring services. They are a real triple threat. I look forward to introducing their remarkable music products to my client base across Hollywood, Los Angeles, and beyond.”

Prior to joining MPM Music, Robbins served as director, film/TV music both at MusicBox (2007-2015) and at Megatrax (1997-2007,) where his prolific sales, work ethic, and insight into the needs of each company’s clientele greatly aided in the growth of those two prominent production music library companies. During that time, he enjoyed such successes as multiple music placements within the Best Picture Oscar winning film Crash. His other music placements within feature films include Mr. and Mrs. Smith, Stigmata, Memento, Bad Santa, and Big Fish. His placements within TV programs includes Switched at Birth, Pawn Stars, Nashville, The Mentalist, and American Restoration, to name a few.

During the course of his career, Robbins has also been responsible for well over 29,000 additional music placements in feature films, network & cable television programs, feature film trailers, and within commercials for such top brands as Buick and Kmart.