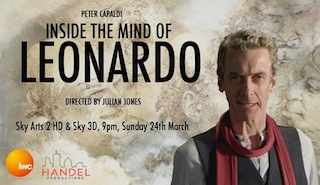 Chris Parks, Vision3's founding partner and stereo supervisor said, "Our reason for purchasing a Mistika system is to improve our ability to supervise the stereo on the native, VFX and conversion 3D projects that we work on, particularly studio productions such as Gravity which I recently finished supervising for Warner Brothers and which premièred at the Venice Film Festival. The film is an indication of the sort of high-end caliber projects we will be putting Mistika to work on, doing the stereo 3D format full justice."

Founding partner and post stereographer Angus Cameron founded Vision3 with Parks in 2008 and has more than 20 years of industry experience in VFX supervision, project management, digital pipeline development and creative and technical consultancy. He said, "I have always been impressed with Mistika's stereo capabilities. Vision3 embracing Mistika makes sense allowing us to better interface with the numerous VFX and DI companies that we work with."

Cameron said, "We recently worked on Inside the Mind of Leonardo an IWC Media feature documentary for Sky, as well as the BAFTA award-winning Flying Monsters with David Attenborough a key 3D program for BSkyB that had to be produced to the highest possible standard. Vision3 are again working with Colossus Productions, supervising the stereo on the upcoming David Attenborough’s Natural History Museum Alive where the Vision3 team will again be working closely with Onsight. The toolset Mistika provides, in particular the stereo 3D options, makes it the most powerful and interactive tool on the market when it comes to tackling high quality projects. It is important that stereo 3D can be handled as efficiently as possible in post, to encourage program makers to embrace the medium. Mistika is an important tool when it comes to making this a reality.”

SGO's director of global sales and operations, Geoff Mills said, “The team at Vision3 demand the very best leading-edge solutions and Mistika is the perfect fit for them. Mistika provides not only a system they can tailor to their specific pipeline and toolset needs, but it also strengthens further the relationship with SGO, required as their business expands into new areas. With their well-respected presence in London, Vision3 set a great example of native and converted stereo 3D excellence, and we are delighted that they have invested in our award winning technology."