Last Saturday the ninth annual Location Managers Guild International Awards show was held at Los Angeles Center Studios. The LMGI Awards honor the outstanding and creative visual contributions by location professionals in film, television, and commercials from around the globe. Outstanding service by film commissions is also recognized for their support above and beyond during the production process.

The Red Nation Celebration Institute was given the Trailblazer Award for its ability to promote inclusivity in the film industry and bring revenue to Native American communities. And embrace their knowledge of the Native American culture and make them invaluable assets to film productions and their own Native communities. 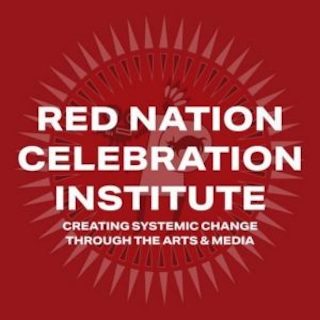 John Rakich, LMGI president and committee chair of this year’s awards said, “The Red Nation Celebration Institute has been working to eliminate the barriers of racism by creating systemic change through media and pop culture to eliminate Native American stereotypes. Their vision for the future of cinema is one in which Native Indigenous perspectives are authentically pictured, recognized, and valued in a way that promotes strong authentic Native identities, economic outcomes, equity, and wellness for all Indigenous communities. We are delighted to honor them this year with the LMGI Trailblazer Award.”

Academy Award-winning director Martin Scorsese, received the Eva Monley Award, presented to a filmmaker whose efforts have demonstrated above and beyond support of the work of location professionals.

And British actor Orlando Bloom, whose role as a UNICEF Goodwill Ambassador shed light on the plight of Ukrainian children forced to evacuate their country amid the ongoing Russian invasion, received the Humanitarian Award.