LipSync has appointed Tom Russell to the role of colorist, effective immediately.  Russell will work across feature films, TV drama and commercials alongside the existing grading team. 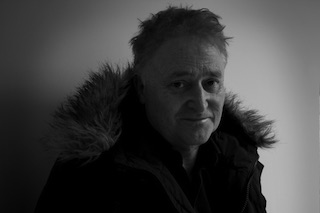 He brings 25 years of experience gained working as a freelance colorist with many Soho-based post-production and VFX houses, including LipSync Post. His film credits include Michael Winterbottom’s The Face of an Angel, A Royal Night Out, Alone in Berlin starring Emma Thompson and Brendan Gleeson, and The Journey starring Timothy Spall and Colm Meaney. He has also worked on TV productions such as Cider with Rosie.

‘’We have often worked with Tom as a freelancer, and noticed how he always emerged from a grade with happy clients. We were delighted when the opportunity came along to appoint Tom full time as a colorist,” said James Clarke, head of DI at LipSync Post. “Tom’s creative expertise and experience will be a great addition to our strong line up.’’

Russell joins the team of colorists that already includes Scott Goulding and Jamie Welsh. Goulding has been with LipSync since 2003 and credits include Gregory Porter, Seve and the forthcoming Mad to Normal.  Welsh has recently graded Infiltrator starring Bryan Cranston, and will shortly be grading The Limehouse Golem written by Jane Goldman and Sense of an Ending from Origin Pictures.