As has long been expected, Korean manufacturer LG has announced plans to begin selling LED screens to mainstream movie theatres around the world. The news was first reported by the Korean media outlet Aju News. 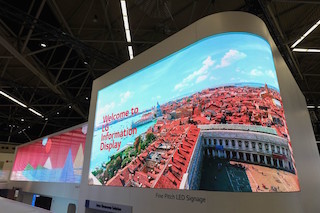 In March the company registered the trademark LG LED Cinema, which was seen as a precursor to exhibiting its technology at CinemaCon 2020 in Las Vegas in April. The event was cancelled in the wake of the COVID-19 pandemic.

LG is entering a market that to date has been dominated by Samsung with its Onyx Cinema LED screen. Sony, which has dropped out of the digital cinema projector business, has shown prototypes of its own LED cinema screen for exhibition and seems poised to stay in that business.

At press time, no one in LG’s press office had responded to my request for comment.

Digital Cinema Report will continue to follow this story.